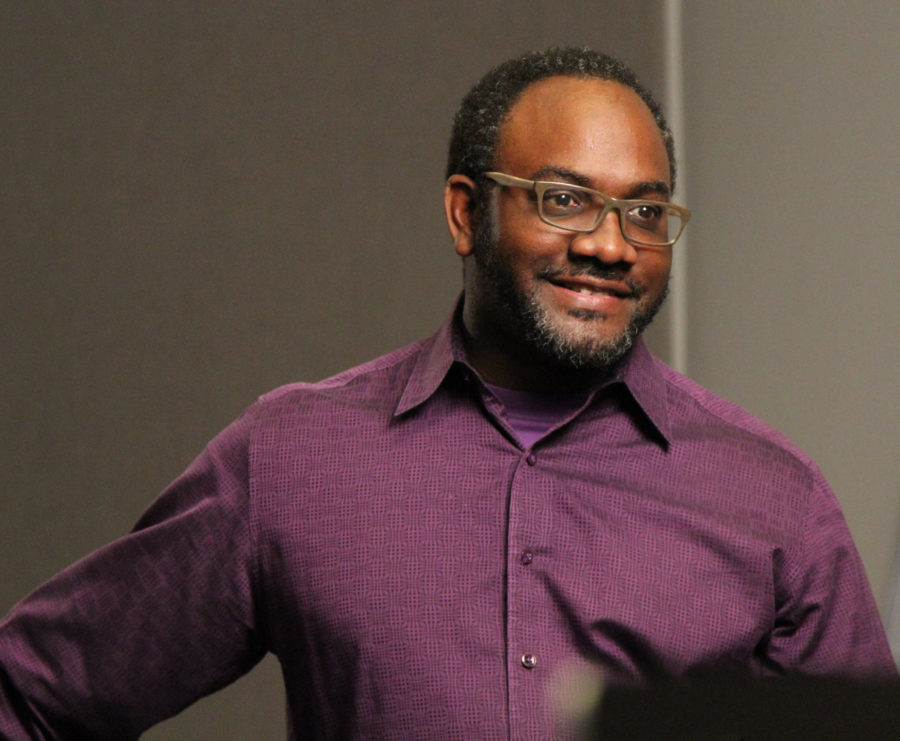 Covering the Dallas Cowboys wasn’t a dream for a long-time NFL writer for the Star-Telegram, but after nearly 20 years he couldn’t see himself doing anything else.

Clarence Hill Jr. said he once wanted to be out on the football field, but found his true calling as a Dallas Cowboys beat writer.

Hill spoke told students at the Schieffer Summer Journalism Camp that beat reporters focus on a specific issues or organizations over time. On a typical day, Hill said he attends a press conference, watches the Cowboys practice, takes notes, and interviews the coaches and players, before writing his blogs and stories.

He said he also maintains a high social media presence.

“I have to do blogs, shoot video, take pictures, do radio, and do podcasts.”

He said he also has to cover arrests, drug scandals, and deaths on top of features.

He said while office hours are from 10 a.m. to 3 p.m., a reporter may not stop working until 10 at night. Hill has covered stories ranging from Terrell Owen’s suicide attempt to Keith Davis’s murder at a club.

“It keeps you on high alert,” he said.

Hill graduated from the University of Texas at Austin and has written about the Cowboys since 1997.

He wrote a sports column for his high school newspaper. Still, he didn’t see himself as a sports reporter.