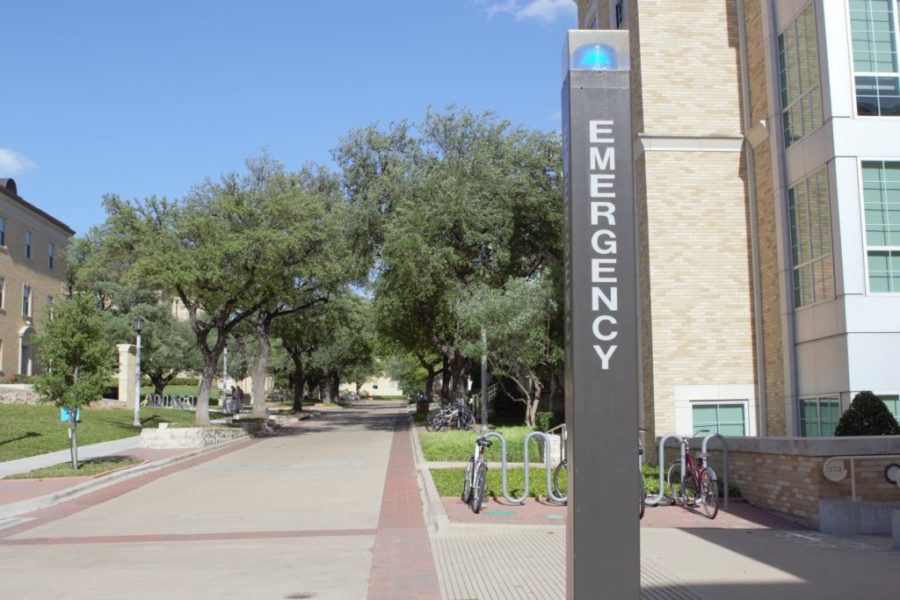 TCU has a police department dedicated to keeping the campus and surrounding area safe.

In recent years, video cameras have been installed across campus to help deter crime. There are also more than 1,500 emergency lights scattered around the 273-acre campus. The lights are equipped with a speaker and a call button which connects directly to the TCU Police Department.

With the press of a button, any member of the community can request Froggie 5-0, a student initiative with over 3,000 escorts that aid people who are going to or coming from remote areas of campus.

Officers patrol the campus 24 hours a day, using bicycles and SUVs. They also have foot patrols.

Officers must have at least 20 years in the police workforce, said Interim Assistant Chief Robert Rangel.

“Overall, the department has over 1,000 years of police experience,” said Rangel. The department has two full-time detectives who are in charge of investigating any bringing charges to any crime committed on TCU property.

TCU Police have a quicker response time and they understand the campus more and the way that the students function, said senior Amy Van Burkleo.

Alongside the police, there are many organizations and programs in regards to Crime, Alcohol, and Drug Prevention.

For many parents campus safety is important.

“To my parents, campus safety was a big factor, but TCU was able to answer all of their questions,” said TCU student Libby Gonzalez.

Toni Johns, a parent of an incoming first-year student, said campus safety was a big factor when it came to research on TCU.

“I feel very comfortable with the officers, the blue emergency lights, and with Froggie 5-0,” Johns said.