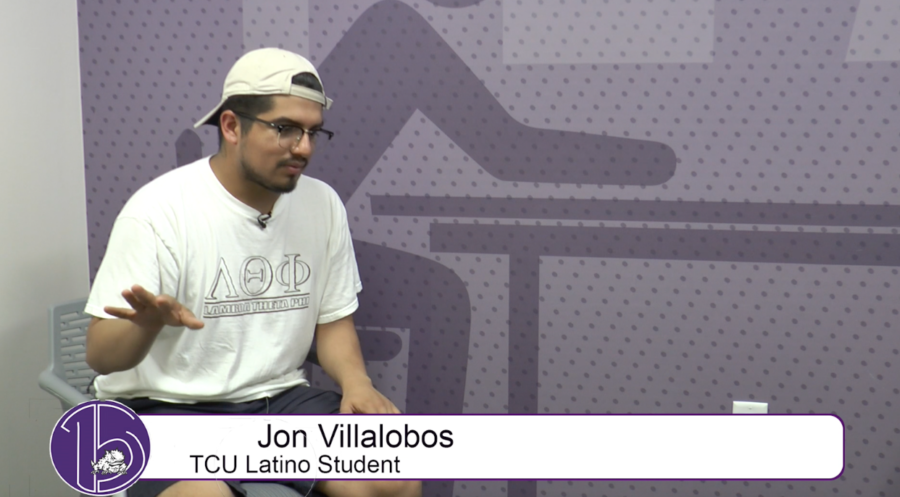 Hispanics students are the largest minority group on TCU’s campus, but that doesn’t mean they have an easy path at a university that is 69 percent white.

Hispanics and other minority students report that their presence at TCU is sometimes questioned and that often assumptions are made about them.

Jon Villalobos, a senior at TCU, said there is a divide between minorities and whites. He said the split also exists in the classroom, because some faculty aren’t prepared to work with diverse students.

“There are racial sensitivity classes, that I’ve recently found out about, a lot of faculty don’t even go to,” he said.

Hispanic students accounted for 13 percent of the undergraduate population in the 2017-18 school year.  African and Asian Americans make up 10% combined.

“Freshman year, it was hard for me to cope with the culture shock,” he said.

“ As a fraternity, we got the highest GPA throughout all organizations.” They have accomplished so much but are still trying to “challenge the status quo.”

He said he was, “one of the lucky few to make it out of Desoto (The city he grew up in).”

Villalobos said has seen students stereotyped at TCU and that people have made assumptions about him without asking for information. For instance, he said once when he was doing community service at Kinder Frogs, he felt racially profiled.

He said after he finished three days of service work, a supervisor asked him: “Is this court ordered community service?”

He said he was wearing a TCU shirt and that the two white men in the room weren’t questioned.

He said some minority men have also shared similar experiences. “They are assumed to be athletes just because they’re here,” he said. ”They’re here just to meet a diversity quota.”